“An open mind and curiosity about what works for the patient; that is very important.”

So who are these people who build bridges between science, technology and social issues? That is what we will be asking a number of collaboration partners about in the near future. Lise Beumeler – PhD researcher at RuG Campus Fryslân – starts first. She is currently finalising her research at the Intensive Care (IC) ward of the Medical Centre Leeuwarden. Together with 8D Games, it developed a virtual reality game that helps ICU patients perform rehabilitation exercises. Beumeler: “The pandemic underlined for me that we do have to look at digital tools for care.

People who have undergone ICU admission are a vulnerable patient group. That makes it extra important to gear innovations closely to what they can handle, right from the start. Beumeler: ´We started very small. Together with a group of recovering ICU patients, we tried out a number of existing games, using different types of hardware that 8D Games had brought along. From Kinect to laptop and VR glasses. Soon, we noticed that participants went completely ‘wild’ especially with that VR experience. People were absorbed in the new experience and that seemed to have a beneficial effect on exercise behaviour.’

A surprising outcome, according to Beumeler: “Beforehand, there was concern that VR technology in particular would be perceived as too stressful. This proved incorrect; nobody got dizzy and people were mostly enthusiastic. However, as a result of the tests, we did choose to develop our prototype completely bespoke to simplify the user interface’s – ‘operation’ . We also decided to swap controllers for hand tracking with infrared technology. In doing so, you don’t have to hold anything in your hands; the movements are registered by the glasses themselves.’

Acting on your own expertise

A custom game prototype was then developed based on the test results. How does that work if technology or gaming is not necessarily within your area of expertise? Beumeler: ‘In such a process, everyone has to act primarily on the basis of their own expertise. You also have to trust each other in this. The bottlenecks and possible obstacles from the hospital; I can advise and inform on that, together with colleagues in the ICU and aftercare clinic. But diving completely into the hardware and technical possibilities, I have confidently left that to 8D Games. Because Johan and Giel got involved from the very beginning, the trust grew quickly’

In the VR prototype, the patient sits in a virtual, cosy living room. The challenge is to solve a jigsaw puzzle. To move the puzzle pieces, hands and arms are moved in the real world – exactly the way taught during rehabilitation. Beumeler: ‘There are four levels of play, which means that even patients with very low mobility can use the game. Even when they are currently still in the ICU. This is something that healthcare professionals were initially – quite understandably – a bit hesitant about; but now that the prototype is here and has been tested, they are excited to start using it in their work. ‘Recovering’ becomes ‘playing’ for a while and that is incredibly nice for the patient.’

Plans for the future

There is no shortage of future plans: ‘With the current group of players, balance improved after playing; we want to investigate whether and how the game contributed to this by putting a control group next to it that does not use the VR glasses. Another ambition is to present the data generated during play in a more understandable way, so that the practitioner can see exactly what is or is not going well when moving the hands and arms.’

Is there anything she would have preferred to do differently in hindsight? ‘Not really, except perhaps that I would have liked to go in this direction earlier! Furthermore, an open mind is precisely what is needed for such research; if you are wrong, you have to accept that too. Genuine curiosity about what works for the patient and adjusting accordingly; that is important. And, of course, gathering people around you who feel the same way. 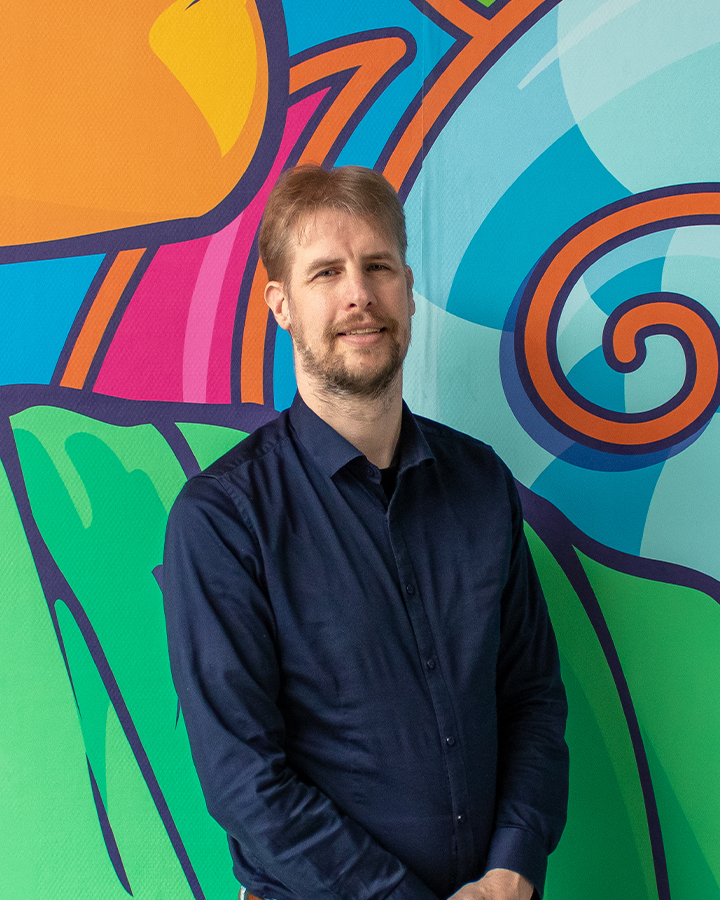 Do you have an innovative idea for healthcare issues?

Don’t hesitate to get in touch 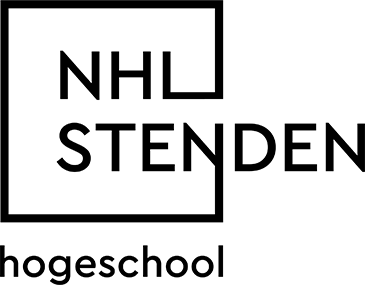 Can you improve social skills through gaming? 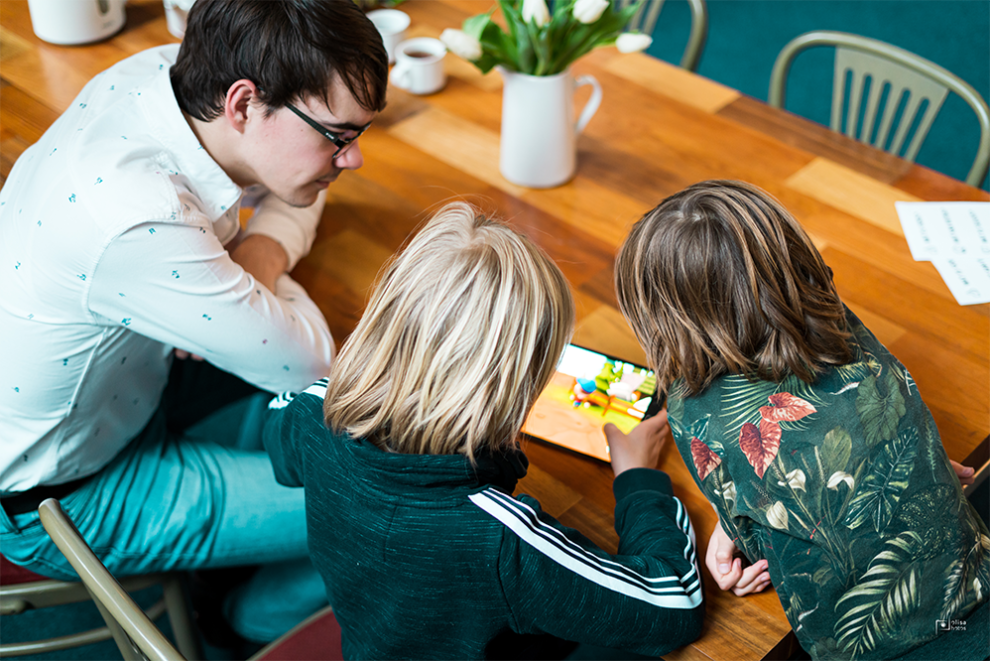 Practice game for children with autism

Gaming to improve your social skills: at first glance, it does not seem a logical combination. Yet it can be very pleasant and effective to start practising in a ‘digital’ world, where it doesn’t matter if something goes wrong once in a while. This is proven by the serious game SoVaTass, a serious game for children with autism.

The game SoVaTass was developed as part of a larger research project led by Dr. Job van ‘t Veer, lecturer in Digital Innovation in Care & Welfare at NHL Stenden.

Can gaming teach children how to wash their hands properly? 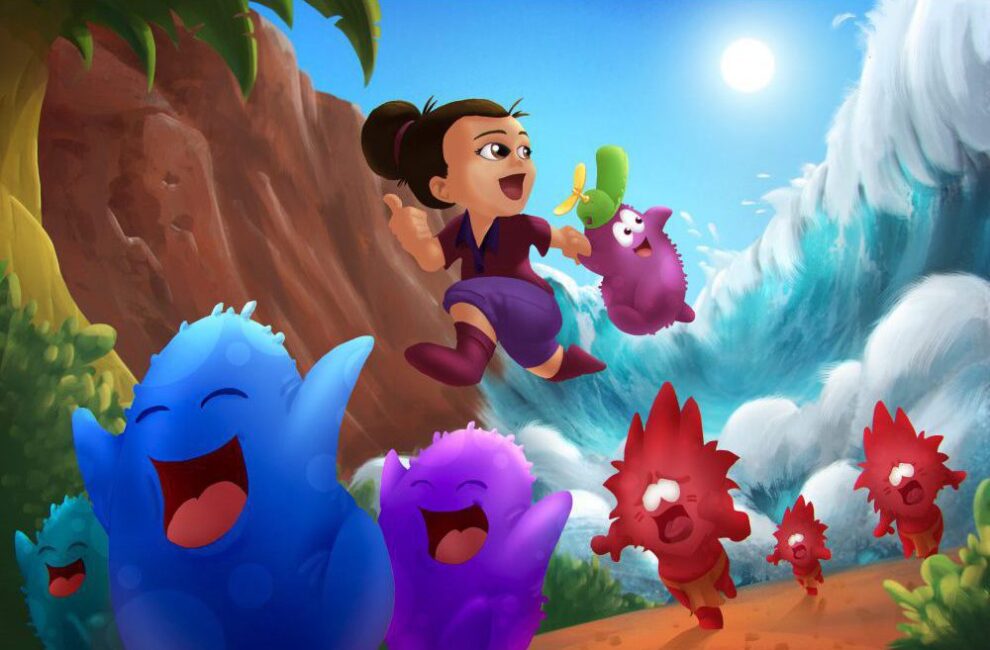 How do we encourage sustainable entrepreneurship? 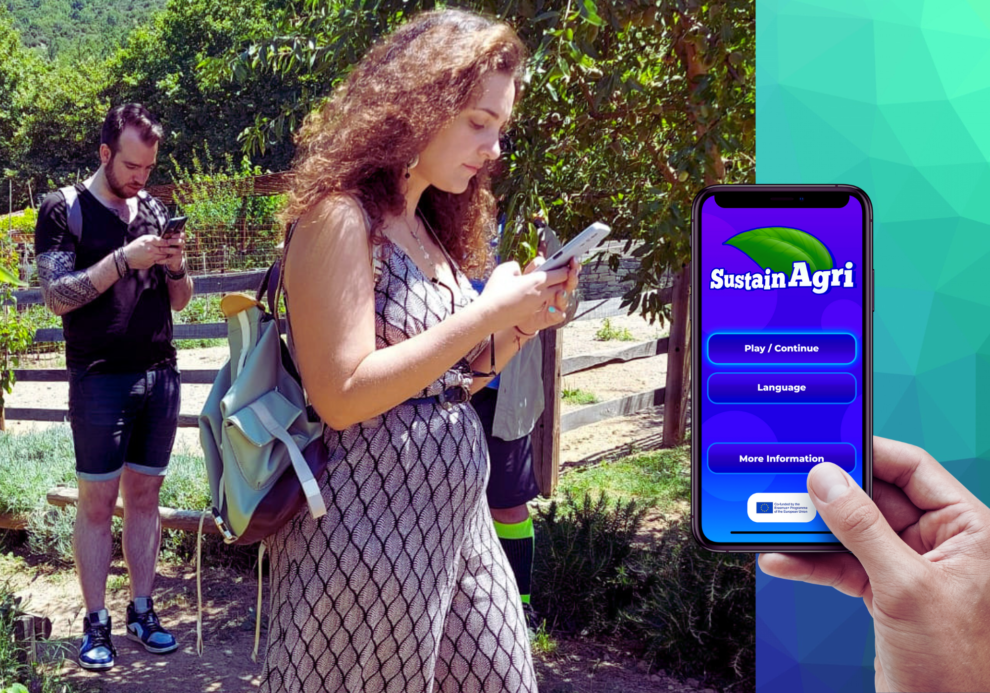 Together with partners from Italy, Greece, Cyprus, Hungary, the UK and the Czech Republic, we built an educational game that gets young farmers up and running with the Triple Bottom…
Educatie

How do you improve balance of the elderly? 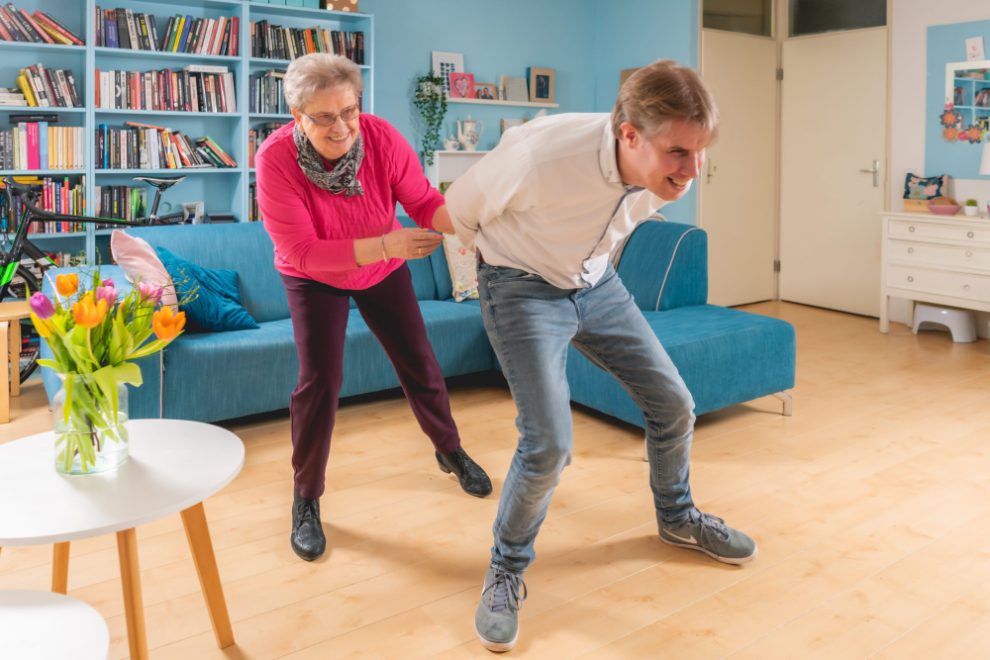 The Skating Game is balance training and fall prevention for the elderly in a fun package. The elderly person makes skating movements in front of a Kinect and is encouraged…

See all the projects by 8D Games 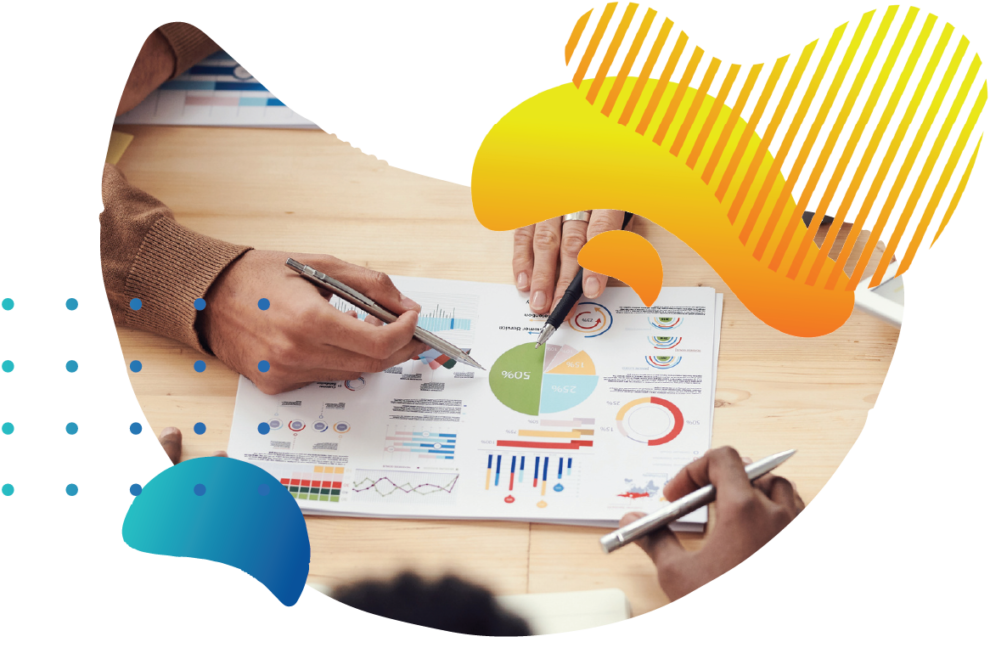 Serious game on autism and employment

As an employer or manager, how can you contribute to better inclusion of people with autism in the labor market? The European project ASES revolves around this question. Within the consortium, we are developing a game that teaches managers how to take ASD into account during a job interview. 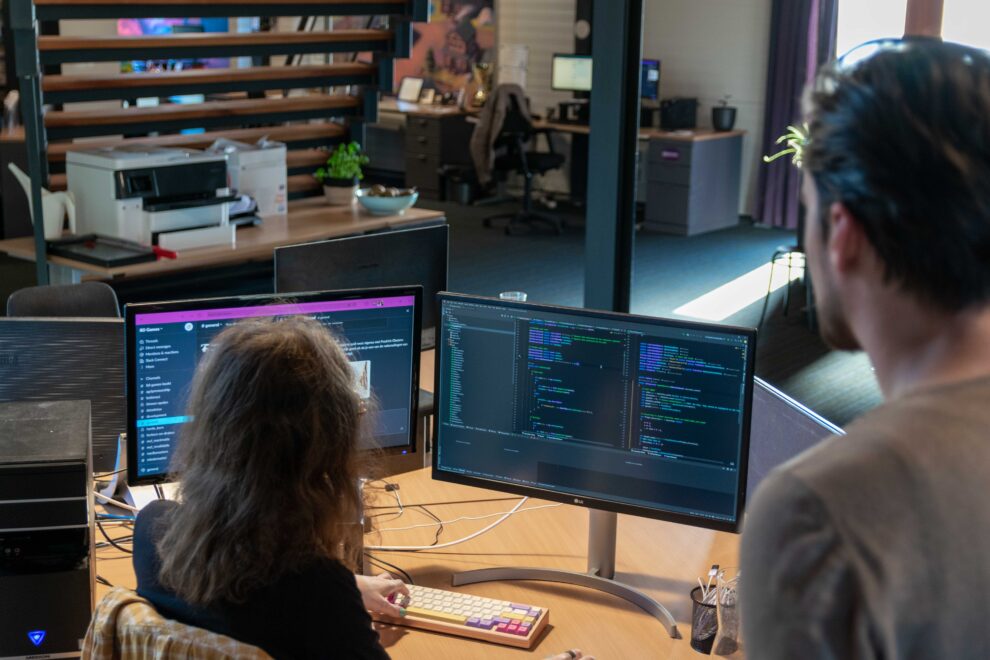 Software Engineer Sietse Hoekstra talks about the application of geodata in games, using the edugame The Lost Collection as an example. What are the possibilities of this combination? 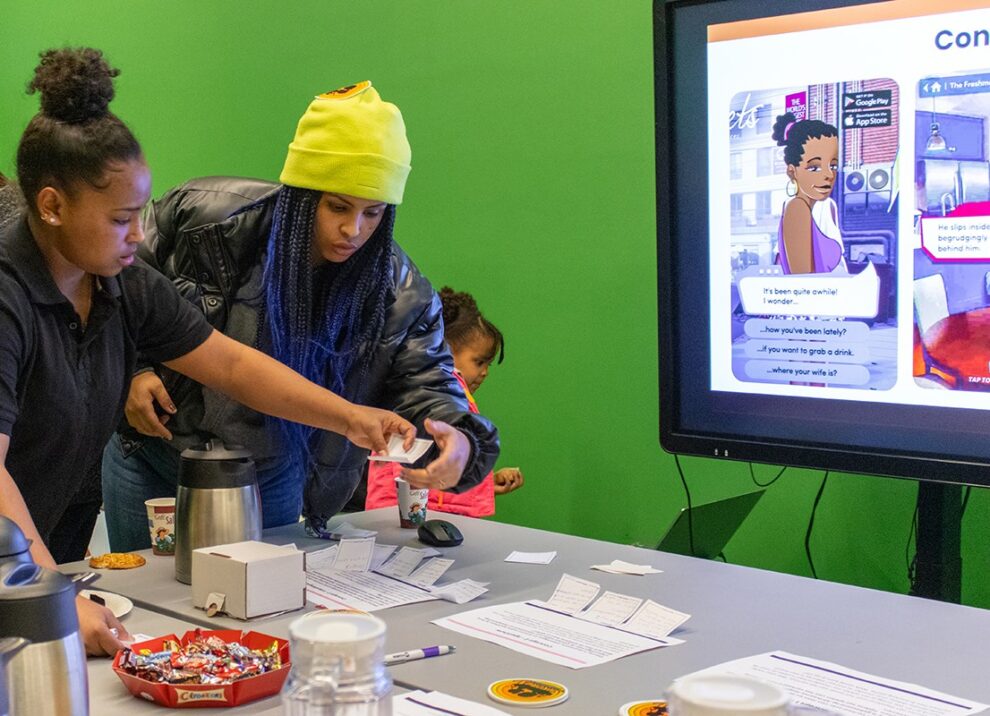 Cross-continental game development: how does it work and what can we learn from each other? Let’s have a chat about this with Giel Hekkert (8D Games) and Eyram Tawia (Leti Arts). They are currently working on Shkorey, an informative game about sexual health, pregnancy and birth care.